Anti-Trans Laws and Why The Confirmation of Dr. Rachel Levine is So Important — Ally Speaking Out 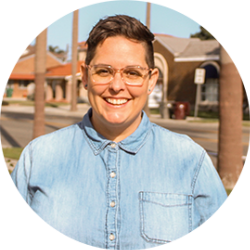 Five months into 2021, state lawmakers across the United States have already proposed more bills restricting the lives of transgender youth than in any previous year. These bills fall largely into two categories: Trans youth sports bans and bills that ban trans-affirming healthcare for young people.

Trans youth sports bans would bar children from playing on teams that align with their gender identity. Some require unnecessary and invasive “medical checks” or insist that the student be “fully medically transitioned” to participate. The cruel irony here is that some of these bills overlap with others that would place bans on allowing youth to medically transition. While team sports may seem trivial, participation in athletics is an important part of students’ physical, social, and emotional well-being. Youth sports foster leadership skills, healthy competition and camaraderie.

Trans-affirming healthcare bans for young people seek to limit the level of care a doctor can provide to their patient. Some of these bills even seek to redefine “child abuse” to include doctors and parents who provide transitionary care to a transgender child. Under the guise of “protecting children” these bills actually do much to harm an already vulnerable group. Transgender and nonbinary youth are more likely than their cisgender peers to face housing instability and to have considered and attempted suicide. Many have their identities questioned or invalidated by others who ask them to behave differently and/or refuse to use proper pronouns. It is not an overstatement to say that if these bills become laws, children will be hurt. Lives may be lost. Transgender and nonbinary youth who reported having pronouns respected by all or most people in their lives attempted suicide at half the rate of those who did not have their pronouns respected.

Transgender and nonbinary youth deserve the same access to education, healthcare, and future options that their cisgender peers have.

Exposure to trans stories and through media like television and movies has helped move the needle on public sentiment regarding transgender and nonbinary people. While media exposure can do much to change the culture transgender and nonbinary youth are raised in, it is also important that trans identities are represented in other parts of life. Particularly in sectors where visibility also comes with real power to make change.

In March of 2021, Dr. Rachel Levine made history by becoming the first openly transgender federal official to be confirmed by the US Senate. Her confirmation represents a significant milestone for trans representation in government and healthcare, both spaces deeply in need of trans voices and expertise. Recently in a Forbes interview, Levine vowed to do everything she possibly could “for the common good,” including using her experience as a pediatrician, as an educator and as a transgender woman.

Transgender and nonbinary folks in elected or appointed political positions are uniquely poised to offer both proof that trans and nonbinary people can and should be in positions of power while also working to strike down harmful legislation and uplift policies that help all youth thrive.

According to The Victory Institute, an organization working to increase the number of openly LGBTQ elected and appointed officials, there are currently 62 individuals who identify as a gender other than cisgender in elected positions at the judicial, and the federal, state and local legislative level nationwide.

In her statement released upon her confirmation, Levine concluded with a message directly to transgender youth:

“I know that each and every day you confront many difficult challenges. Sadly, some of the challenges you face are from people who would seek to use your identity and circumstance as a weapon. It hurts. I know. I cannot promise you that these attacks will immediately cease, but I will do everything I can to support you and advocate for you. President Obama often reminded us that not all progress goes in a straight line. What I can tell you is that there is a place for you in America and in our government. Our ‘more perfect union’ includes you, too.”

Global G.L.O.W. believes in igniting the power of all girls as a force for global transformation. All girls should have the opportunity to participate fully in their communities, their educations, including Global G.L.O.W. programming, to prepare them for self-determined futures, in a manner that is consistent with their gender identity, irrespective of the gender listed on their birth certificate.