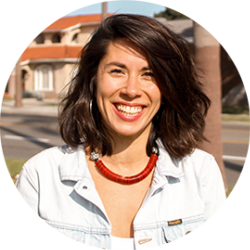 I recently watched the newest addition to the Marvel Cinematic Universe, “Black Widow;” a film about the backstory of Natasha Romanoff aka the Avenger, Black Widow. While I was hoping this movie would give me a two-hour break to turn my brain off, I instead was surprised to find myself drawing intense connections between the film’s plot and our work at Global G.L.O.W. No, we don’t do any action-crime-fighting here, but Global G.L.O.W. and “Black Widow” both center around the same thing – girls and their constant struggle in today’s world.

For an overview, Romanoff was taken from her family to be trained as an elite killer as a young girl. The movie revolves around her and her former false family reunion and their mission to bring down the Red Room (evil underground international assassin agency)  and its head leader. In addition to hand-to-hand combat and big explosions, there are many powerful themes throughout the film: childhood trauma, female-body exploitation and mutilation, human trafficking, and men’s overarching abuse of power. Both Romanoff and her false sister were taken from their families, either bought or kidnapped and then forced into a life they did not choose nor want. This sounds a lot like sex trafficking and child marriage, both of which have been on the rise within the global girl population due to the COVID-19 pandemic. The two women both underwent forced hysterectomies. Another disturbing but somehow current violation that some women still experience today; and can also shine a light on Female Genital Mutilation which is a reality that many girls will face without choice.

The moment that really got me was when the villain explained to Romanoff the reason behind the madness – why girls? In this climactic scene, the villain (an older ultra-rich white man) pulls up a map of the world, riddled with the faces of girls from every country, and explains, ​​“the one natural resource the world has too much of: girls.” To the Red Room, girls are things that can be used to make money and earn power. A commodity, raw material; not human but just that, a thing. Wow! What a slap in the face! But that’s the exact statement we all need to pause and really ponder – how does our global society actually perceive and treat girls? Do we treat them as humans with emotions, rights, and agency? In general, the answer is loud and clear – NO! A minority girl is the most vulnerable human in the world – prove me wrong.

“How does our global society actually perceive and treat girls? Do we treat them as humans with emotions, rights, and agency?”

In full disclosure, I knew very little about the character Black Widow going into this movie, so where the straightforward comic-book allegory might have been obvious to some, for me, I was pleasantly surprised to see the film draw stark parallels between the Red Room and the real-life exploitations of girls. After doing some research, it turns out that when first writing the screenplay, lead actress, Scarlett Johansson, was inspired by the #MeToo movement. In an interview with Yahoo!, Johansson said, “At the very beginning of really seriously talking about what this could be about, it was right during the beginning of the #MeToo movement and felt like, you cannot miss the opportunity to draw the comparison between these two things.”

So where do we go from here? Bravo to Hollywood for pointing it out in one of their megablockbuster films, but how do we actually solve these deeply ingrained and harmful norms? The film does give us one action item: allies. In “Black Widow,” there are the false mother and father who abandon their former ways to fight for what’s right, and the other women killers who are cured of their brainwashing come together to take down the other Red Room affiliates. Alright, yes, let’s start a movement and wash away our tolerance and participation in these systems- but in the movie, they have money, power, and a magic anecdote to take down the oppressive institution. Where is our magic potion and the superheroes? Who will come to rescue the real girls, the ones that are asking to be heard, asking to be treated with kindness and decency? Who will say enough is enough, let’s make real change? Will it be you?