The State of Girls’ Mental Health in 2022 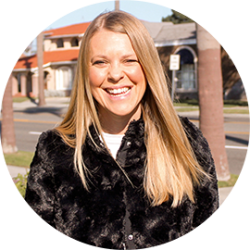 In December, the U.S. Surgeon General issued a stark warning about the state of girls’ mental health: during 2021, there was a 51% increase in ER visits for suicide attempts by adolescent girls, compared to the same period in 2019. That figure rose just 4% for boys.

Emergency rooms also reported an increase in visits from girls dealing with eating and other disorders, including anxiety, depression, and stress.

Many were quick to blame the COVID-19 pandemic for this troubling statistic. After all, girls tend to socialize in a different way than boys, and social isolation and a lack of in-person connection can be extremely detrimental to their mental health.

But the truth is, the surge in girls’ mental health distress began before the pandemic even started. Studies show emergency room visits among youths related to depression, anxiety, and similar issues rose by 28% from 2007 to 2018.

What’s Driving Mental Health Issues for Girls in the U.S.?

In addition to the pandemic, increased social media use may be a contributing factor. Psychologists found that girls between the ages of 11 and 13 who increased their time on social media were less satisfied with their lives one year later.

Global G.L.O.W. alum Brielle from Los Angeles has also recognized diet culture in the United States as having a negative impact on girls’ mental health, a notion that is strongly tied to social media since many girls consume harmful messaging on the platforms. A 2016 study conducted by UNSW Sydney found a strong link between consistent social media use and negative body image issues.

“Teens are struggling with their bodies because they are not being shown realistic body standards. Many don’t see their body types in advertisements or in media, and if they do, they are shown in a poor light,” Brielle explains.

GLOW Club member Nuri from Detroit added that other issues – such as period stigma and pressure to perform at school – are having an impact as well. “A lot of the time, these young girls feel the pressure to be perfect.”

While this list is not exhaustive, it does give a good indication of the issues girls continue to struggle with.

What Can We Do To Help?

The first step is to just listen. Opening a dialogue with girls about how they are feeling and listening without judgment is critical. “Adults often try to jump into solution mode,” noted GLOW Club members from El Sol in Santa Ana, “we just want someone to talk to and to listen.”

“Girls need some kind of support in order to be healthy mentally. We, as a community, can uplift them and express that they are not alone. They have a support system where they are included no matter what,” says Nuri.