The Violence Against Women Act: Why It’s Critical for Protecting Vulnerable Girls and Women Across the United States 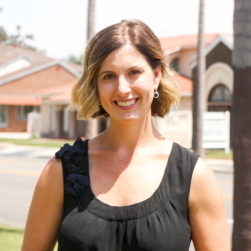 Among the countless inequities COVID-19 has exposed, is the “shadow pandemic“, a rise in violence against women and children, resulting from emotional and financial strain combined with the stay-at-home and lockdown measures meant to curb the pandemic. Sadly, this violence existed long before COVID-19. As the world begins the journey to recover the question remains – what lessons will we take into the future to protect women and children?

Safety from violence is a basic human right, but one that has become highly politicized within the United States. The U.S. government has reached a critical decision point with the pending reauthorization of the Violence Against Women Act (VAWA), which creates and supports comprehensive, cost-effective responses to domestic violence, sexual assault, dating violence and stalking. Established as a bill in 1994, it founded a national hotline for victims, provided funding for shelter and crisis centers and helped train law enforcement on how to respond to domestic violence. VAWA was groundbreaking not just for the support systems it created, but for how it changed American’s understanding and perception of violence against women by raising its visibility to that of a national crisis.

On three separate occasions Congress has added provisions to reauthorizations of the Act to expand and strengthen the VAWA, specifically to provide protections to especially vulnerable communities, including Native women and LGBTQ+ individuals. Up for renewal every 5 years, VAWA expired in 2019 but is now back up for reauthorization at a moment when the nation is reeling from recent mass shootings and the continued shadow of COVID-19.

As fierce advocates for girls, the Global G.L.O.W. team and our club partners are anxiously awaiting the next reauthorization. We know siloed approaches are not the solution. To create true change requires holistic approaches that engage government and community organizations with the very women and children, particularly girls, that they are striving to support. We also know the gaps that exist today without a reauthorization and strengthening of the VAWA. Indigenous women and girls are disappearing and being murdered at alarming rates, LGBTQ+ survivors of violence have little to no protections, and access to safe spaces has become increasingly challenging to find.

On March 17, 2021 the House of Representatives voted and approved to reinstate the VAWA. The House-passed bill would address these critical gaps by restoring tribal jurisdiction that allows greater sovereignty to pursue those attacking girls, establishing housing protections, and extending access to VAWA protections to all survivors, regardless of gender. It would also increase funding for VAWA Consolidated Youth grants, which engage men and boys as allies and promote healthy relationships to reduce gender-based violence. The bill now faces an unsure future with the Senate.

What’s holding it back after decades of bi-partisan support? Gun policy. Specifically, a provision that would bar an individual with misdemeanor convictions of domestic abuse or stalking from buying a gun. It would also close the “boyfriend loophole” by including dating partners in the definition of who is affected by existing gun prohibitions. Despite studies that show rates have risen to close to 4 women a day killed by an intimate partner with a gun, these provisions have become the battle lines. And while politicians spend weeks and months trying to come to a compromise on paper, the very people this bill is meant to protect will continue to be left vulnerable. Lives will be shattered, girls will go missing, and women will continue to be murdered.

We often say “girls know what girls need, we listen” but we know listening is not enough.

We call on the Senate to take swift action. Move past partisan stalemates to ensure that safety, a basic human right, is available to all. There are 166.7 million women and girls in the United States. Protect them.

Meanwhile, it’s up to each of us to protect the women and girls around us. Keep an eye on you family, friends, co-workers, and neighbors and check in with them frequently. Listen to them and help them find resources, support services, and safe places. If you or someone you know needs help contact the National Domestic Violence Hotline.