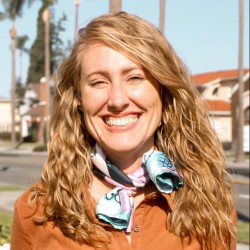 Ruth Bader Ginsburg, or RBG as she’s often affectionately called, passed away at the age of 87 on Friday, September 18th. Her passing is devastating for the world because, in her lifetime, Ruth was arguably the single most effective advocate for gender equality the world has ever seen.

Ruth was the very definition of a trailblazer—but from reports of those who have met her, she was not an obvious one. She was shy and would take long pauses in the middle of her responses. Her personality was not what we think of when the term “natural leader” is used. But she was methodical with an extraordinary work ethic and a remarkable intellectual capacity. And she was extremely determined—determined to prove that the differing treatment of persons, on the basis of sex, had no place in the United States.

Her legacy is long, and she’s been a personal hero of mine for quite some time. In fact, in my bio for the Global G.L.O.W. website, I named RBG as the brave woman I look up to most. I’ve leaned into her wisdom and strength for years. When a good friend of mine was demoted after her maternity leave in 2019 and, as a consequence, there would no longer be any women in leadership meetings at her company, I sent my friend Ruth’s famous quote, “Women belong in all places where decisions are being made.” She put it on her desk and worked hard to get back into a leadership role—right where she should have been all along.

In addition to being personally responsible for overturning many laws that discriminated against women, first as an ACLU lawyer and later as a Supreme Court Justice, Ruth has long inspired me with her bravery and strength in the face of extreme personal discrimination and hardship. Ruth is well known for the many ways she pushed forward gender equality. Her influence in that area cannot be understated. And, amid those landmark battles she fought for the good of all. Here are a few personal things about her that have delighted me:

I also think it’s essential to remember that Ruth faced a lot of discrimination herself, as a woman. We often overlook the enormous struggles people go through once they’ve achieved great things. But to understand the full picture of everything Ruth accomplished, you have to know what she was up against:

Ruth’s stamp on the world, her bravery in the face of discrimination, and her steadfast determination that the United States should not treat women and girls different from men and boys is a legacy all of us will reap the benefits of. She passed away this past week after a long battle with cancer, and now it’s our turn to continue to fight for girls everywhere to have the opportunities that Ruth made possible. And to remember that we will face discrimination and hardship along the way, but that, like Ruth, we will never stop fighting.