Smashing Period Taboo for Girls in the U.S. 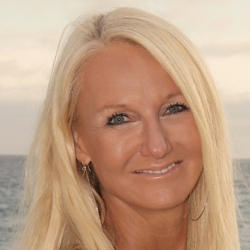 “Aunt Flo’s Here,” “The Curse,” “My Friend’s Visiting,” “The Red Monster,” “Shark Week,” “On the Rag,” “Comma” or simply “That Time of the Month” are just a few of the 5,000 slang phrases that girls and women use to talk about their periods. This coded language perpetuates the stigma surrounding menstruation and makes periods a “taboo” subject. The negative stigma shrouds what should be perceived as a natural, beautiful and profound female process in a veil of shame. Further, period taboo–and the secrecy that it spawns–gives rise to a painful reality known as period poverty, or a lack of access to menstrual supplies, which quietly affects millions of American girls and women every day.

Every girl and woman, including transgender and gender-nonconforming people, in the history of humankind—at least 50% of the population—will menstruate, menstruates or has menstruated in their lifetime. It is as naturally a human bodily process as breathing or blood flow, defecating or urinating, digesting food or sleeping. Simply, each month (unless they are pregnant, in which case they get a long reprieve), their uterus sheds its lining, sending blood flowing out through their vagina. It is a wondrous and beautiful process, giving rise to the capacity to conceive and give birth. There is no human race without it. Despite the natural, vital nature of it, talking about periods is widely taboo. In the U.S., as in most of the world, menstruation is typically an off-limits, stigmatizing topic for all and a challenging, embarrassing and negative experience for girls.

When girls first start their periods, they embark on a decades-long journey of silence, shame, hiding and dread. Periods can be messy, inconvenient, debilitating and painful. Periods can hurt and derail girls from their daily activity and can cause uterine cramps, backaches and emotional turmoil. Menstrual supplies, for even the most prepared girl, are too often not at the ready, leading to leaking, bloody accidents, soiled clothing and shame-filled experiences. This goes on every month, for 30 to 40 years. On average, girls and women bleed for 100,000 hours—that is 2,535 days or seven years of their lives.

As a poignant illustration of the deep period taboo that exists among girls, Sinai Torrejon, a program coordinator at Global G.L.O.W., told us a story of girls, aged 12–17, in an after school program in Los Angeles. When presented with basic female anatomy and menstrual hygiene information, the girls reacted with such embarrassment that they often could not look at the simple line drawing on the worksheets they were given. In another activity where girls were asked to confidentially write down the first word that comes to mind when they hear the word “period,” “…they invariably write words with negative connotations – gross, cramps, shame, bloody, and pain,” Sinai says. “We read the ‘Girl Talk Box’ of written questions at the end of each club to address these negative associations, answer anonymous questions about girls’ bodies and combat period taboo by talking respectfully and positively about periods.”

“When presented with basic female anatomy and menstrual hygiene information, the girls reacted with such embarrassment that they often could not look at the simple line drawing on the worksheets they were given.”

In the United States, periods have been, both historically and currently, a taboo topic. There was a glimmer of hope that the stigma would ease when in the early 1970s, the book “Are You There God? It’s Me, Margaret” appeared with its frank discussion of menstruation. For many girls and women, the book by Judy Blume was the first time that the world acknowledged what had long been a forbidden subject: their periods. Quietly, a multitude of girls across the U.S. read the book, but the world never quite caught on. Many mothers were then, as now, loath to talk with their daughters about menstruation. With little knowledge or appreciation of the natural, powerful process of menstruation, girls have universally come to regard it as a “curse” and they have developed pervasive layers of shame, both conscious and unconscious, about their female bodies and selves.

Gender inequity underlies period stigma. Though we are more than 40 years after both Judy Blume’s book and Gloria Steinem’s famous satirical essay on menstruation, menstrual equity has gone almost nowhere. Today, celebrities like Busy Philipps, who regularly advocates for women’s rights and the destigmatization of women’s health issues, have taken up the cause by bluntly and nonchalantly discussing their periods on both social media and national TV. “Something that happens to half the population once a month shouldn’t be a taboo subject,” Philipps told CBS News. “I mean, to be totally honest, and I’m sure I’m not the first person to say this, but like if men had their periods, it would be…celebrated. You know, it would be like a holiday. They would get the week off of work and probably the week before and then like the four days after their period ends, so that they could recover.”

A concrete example of the glaring issue of period taboo and gender inequality is the tax status of menstrual supplies across the U.S. Each U.S. state has the ability to select products and make them more affordable by exempting them from a sales tax. All 50 states have given tax exemptions to prescription medications, including optional male enhancement medications like Rogaine and Viagra. Louisiana exempted Mardi Gras beads. Idaho did it for chainsaws. Yet, to date, only 15 states and Washington, D.C. have officially permanently exempted pads and tampons from the sales tax. “It raises some questions about what kinds of parameters we’re putting around how we define a necessity, and who’s making that call,” said Jennifer Weiss-Wolf, author of “Periods Gone Public.” “There have been times and places where legislators have actually stood up and said, ‘Well, wait a second. This is only going to benefit women, so it’s sexist… somehow missing the point that if only women are impacted by it, or paying it, is it not sexist?'”

Not only does period stigma amplify gender inequities, but it also creates period poverty—when people are unable to afford feminine hygiene products or are forced to make a choice between food for their families or sanitary supplies for their daughters. Due largely to menstrual stigma, period poverty is not often discussed and has not received the attention it deserves. “It’s shocking that [period poverty] exists…but it’s even more shocking that people don’t realize it exists,” sayid Charlotte LeFlufy, the Global Social Impact Leader for Proctor & Gamble’s Always brand of menstrual supplies.

“Not only does period stigma amplify gender inequalities, but it also creates period poverty.”

Period poverty results in incalculable losses for a girl’s self-esteem, educational attainment and engagement in activities. According to the NGO, Global Citizen, in the U.S., nearly 20% of girls have missed school because they could not afford period products. Without access to pads and tampons, many girls resort to improvised period products such as a wadded up piece of toilet paper or a sock. While these options are not life threatening, they are dignity threatening. Period poverty is unfair not only because of [lack of products], it’s unfair because it’s taking time away from their education,” says Dr. Melisa Holmes, Founder of the girls’ health advocacy organization, Girlology. On top of interfering with a girl’s education, period poverty affects a girl’s daily life: “When we travel through life carrying shame and embarrassment, it affects our self-worth — it affects our ability to advocate for ourselves,” Dr. Holmes said.

This societal stigma was summed up perfectly in a 2016 Newsweek article by Abigail Jones this way, “In public, people discuss periods as often as they discuss diarrhea. Women shove pads or tampons up their sleeves on their way to the bathroom so no one knows it’s their ‘time of the month.’ They get bloodstains on their clothes. They stick wads of toilet paper in their underwear when they’re caught without supplies. Meanwhile, ad campaigns sanitize this bloody mess with scenes of light blue liquids gently cascading onto fluffy white pads while women frolic in form-fitting white jeans.”

It is beyond time to challenge—head-on—the secrecy, shame and misinformation that give rise to period taboo. By normalizing the process for everyone, change can occur. Wolf-Weiss writes that much of the battle to end period stigma relies on the next generation, and there’s no better place to start than in schools and in after school settings. Health education should begin as early as possible, and open conversations about menstruation should occur alongside other basic hygiene conversations. Freely discussing periods as a natural biological function in a respectful and positive way, providing free tampons and pads in schools, classrooms and girls’ clubs and incorporating the topic of menstruation into school curricula and after school program discussions will smash taboos, remove shame and create communities of support for girls globally.