The Impact of Healthy GLOW in Kenya

Phoebe Ekman is a Global G.L.O.W. Partnership Coordinator from Milele Center in Kenya. This is her account, in her own words:

As a mentor, it is hard to believe that you can inspire dramatic change in a period of just six months, but when Global G.L.O.W introduced Healthy GLOW, I knew that I had hit the jackpot.

One of my biggest fears is that I will not impact the community to the best of my ability, and I recognized one thing lacking: A program that taught girls confidence in owning their bodies, both physically and mentally. Reproductive health is one of the main topics taught in the Healthy GLOW program. Having three girls of my own, I have always taught them to speak up and own their voice. No one should ever have the ability to silence another person. Sadly, silence has been ingrained in the traditional culture in Kenya, especially when it comes to women. Many women my age have grown up learning to hide their bodies, especially during adolescence. We hide our sexuality and we don’t even want to speak about female hygiene and matters related to puberty and menstrual cycles.

With programs like Healthy GLOW, this is definitely going to be a thing of the past. The first 40 girls who went through the program last year were very timid and shy, and their self-esteem was lacking. As a mother, sister, aunt, and friend, I have witnessed this timidity as one thing that is so prevalent among teenage girls. They don’t speak about their personal relationships, their sexuality, and, worst of all, they do not have the mindset to make their own decisions. This has, in the past, silenced the voices of many women and girls who for a long time thought that women had their place in society pre-determined for them. This trend is now changing.

By the end of the program, we had a very different group of girls. Same girls but – not the same at all. They were more vibrant and eloquent in their communication. They were happier and had such a sense of belonging amongst one another.  During a gathering for all Healthy GLOW participants in July, I sat and listened to them telling me every topic in-depth that they had learned since September. They laughed at how they had behaved in the past and how normal their bodies actually were. They laughed at the myths associated with menstruation because the myths just did not make any sense to them, especially after they learned about hygiene and the changes that occur in puberty. 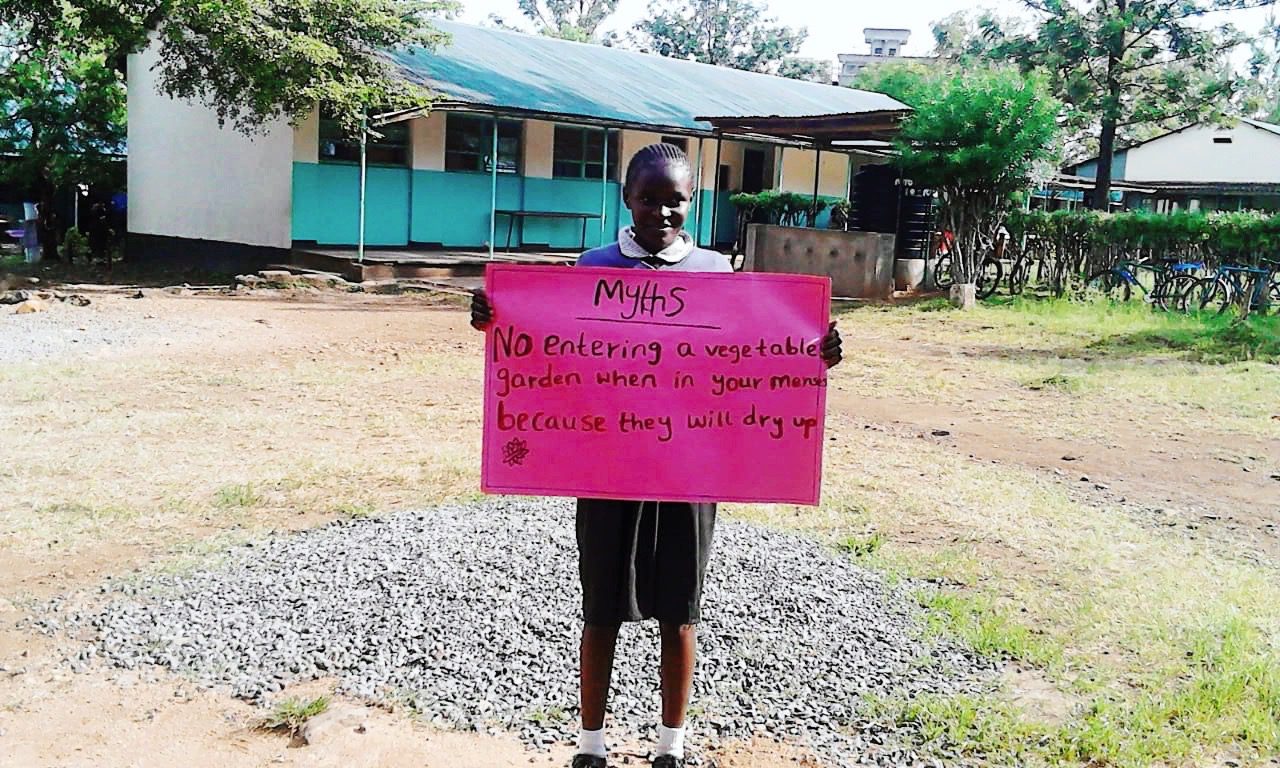 One thing that I especially like about Healthy GLOW  is how the curriculum is outlined. It is very systematic and simple to teach. All the mentees have their own booklets, which makes it even cooler! The other thing that I really loved was their focus on good decision-making and setting boundaries. The girls had a heated discussion as to why in the past they had listened to tradition and refrained from making their own decisions in relation to friends, careers, and speaking up when something was not right within their household or in the community.

Each girl told stories of how their boundaries had been crossed and what they should have done to stop that from happening. I encouraged them by saying that learning is a process and that with the knowledge they had acquired, it would be very easy for them to set boundaries moving forward.

Looking back, I believe that if a program like Healthy GLOW had been introduced years ago, many girls would have attained a higher level of education and even surpassed all expectations for their lives. It is not too late. Mentoring is like a road that has no end. New methods to learn and different people to impact. Healthy GLOW is such a road and has been this road for the past six months for me.